The Woman Raised By Monkeys: is this granny from Bradford telling the truth? 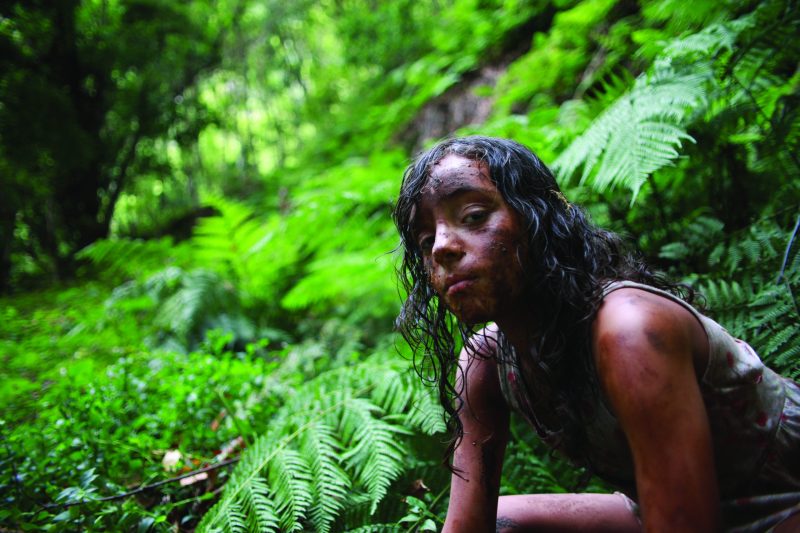 Marina Chapman says she was raised in the jungle by monkeys. National Geographic have decided to test her claims…

Marina Chapman clutches her tall glass of coffee with both hands, one on top of the other. She raises the glass awkwardly to her mouth and drinks. Whether it’s a self-conscious or subconscious action it’s impossible to tell, but in one movement she provides a clue to her scarcely believable upbringing.

Did this gentle, 63-year-old housewife and grandma from Bradford, really grow up in the wild with monkeys? Stories of animals adopting humans have been around since Roman myth had Romulus and Remus being weaned by wolves. And then, of course, there are Edgar Rice Burroughs’s fantastical Tarzan tales.

But though she’s lived in Yorkshire for the past 30 years, Marina claims to have spent the early part of her childhood – from the age of four to nine – living wild, without any human contact, with capuchin monkeys in the Colombian jungle. She ate with them, was groomed by them and even, she says, had her life saved by one.

“I became very ill one day by eating the wrong plant – I think it was the tamarind,” she says in her tiny voice, her accent still more South American than Yorkshire. “Then a monkey approached me. I wonder if I was annoying him with all my yelling and complaining. Then he started to push me. And he kept pushing. There was a little pond of water. And he pushed me there. He wasn’t angry with me. He pushed my head to the water and I must have drunk a lot. I vomited and I felt much better.”

She recalls the story in a London hotel with a clarity that only experience or repetition provides. She says she was abandoned in the jungle after being taken from her Colombian home. “I assume my parents must have given me away. It’s quite confusing. I am always wondering. There were a lot of families giving children away because they were so poor.” The reasons why, having been taken, she was then dumped in the jungle are equally murky. Not so her memory of life there. “I slept in different places, but I found this hollow tree and was attracted to it. I felt I could hide in it. Once you got inside you were very well hidden. There were hunters coming in and taking animals away in sacks and I was terrified of them. I was scared they’d put me in a sack. The monkeys used to steal food from the Indians. They were very opportunistic.”

Marina says she ate what the monkeys discarded and drank where they drank. She climbed trees with them and shared in grooming duties, something she did many years later with her own children. This, she says, was her life for about five years – she does not know exactly how long – until she was rescued by a group of hunters. What followed is just as extraordinary.

First handed to a brothel keeper, she escaped only to be taken in by a brutal family who enslaved her. Eventually she was adopted by a family living in Bogota who, through the textile industry, had connections in Bradford. The family sent their children to Yorkshire in 1977, and Marina followed as their nanny. She later married a local scientist and had two children.

The story – documented by daughter Vanessa in a book published earlier this year – has now caught the attention of documentary film-makers. They have engaged scientists both here and in Colombia to test Marina’s claims.

Christopher French, a professor of psychology at the University of London, concluded that she was susceptible to what are known as false memories. “There might be some elements of truth in there, but I think they may have become elaborated and exaggerated into something much more exciting,” he says.

But Colombian professor Carlos Conde said the tests he conducted using pictures of capuchin monkeys and of her adoptive family demonstrated to him that was she telling the truth. “The response was very striking,” he says. “It strongly suggests that you’ve had a direct relationship with these animals and your emotional memory is strongly associated with those experiences.”

The documentary takes Marina back to Colombia to try to trace any members of her birth family still alive. Today, she is clear on who it is she really wants to find.

“To be honest I am losing interest in who my real family were,” says Marina. “I just have no feelings for them. I am sorry to think that way. I would rather find the monkeys. I really believe they will remember me.”