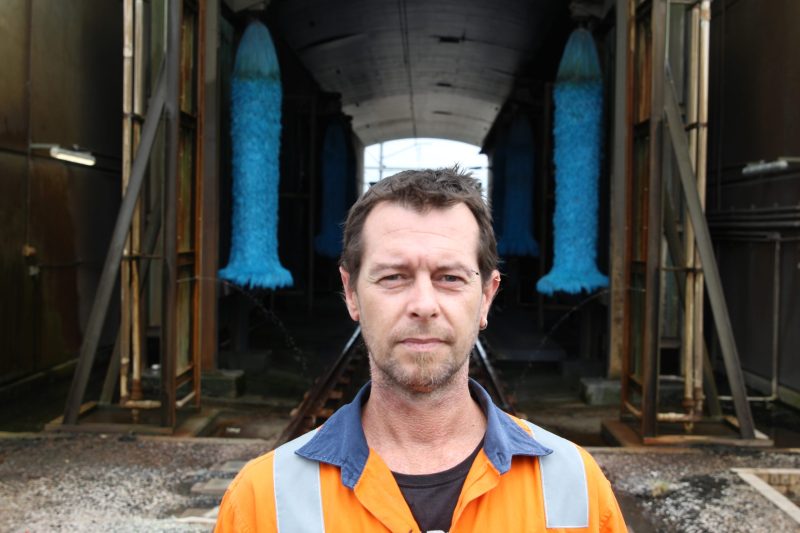 Swiss trains are spotlessly clean and 90% of them run on time, while Australian train drivers have to watch out for kangaroos on track and health and safety footwear for Indian track workers consists of flip flops and open toed sandals.

For the World’s Busiest Train Stations we filmed at four of the most amazing railway stations on the planet. From New York’s epic Grand Central and staggeringly busy Penn Station, to Calcutta’s heaving Howrah Terminal, Melbourne’s Flinders St, the busiest station in the southern hemisphere and Zurich Hauptbahnhof one of the busiest, and of course the most punctual stations in the world.

People all over the globe use trains but railway stations around the world are still reassuringly different and exotic. Railway stations are magnificent settings for an observational documentary series. They are places where real life drama happens every minute of every day, where people from all walks of life come up against each other, where there’s permanent tension and stress in the air and the daily routine can change at any minute.

Next time you are caught up in a nightmare morning commute, spare a thought for rush hour passengers at Calcutta’s Howrah Terminal, India’s busiest train station. The daily commute at Howrah is on a biblical scale as half a million passengers pour off trains and head into the city – that’s five times more people than at the UK’s busiest station, London’s Waterloo.

“It’s very squishy and squashy on the train,” says Diana Bala Howrah’s train controller. “Passengers are literally hanging off the train, but over the years they’ve got used to it.”

To see how differently stations are managed in other parts of the world you only need to look at how they measure train punctuality at Zurich Hauptbahnhof which handles 3,000 trains a day. Swiss trains are regarded as being late if they arrive just 3 minutes after the scheduled timetable. In the UK long-distance trains can be ten minutes late and still be regarded as punctual.

Within minutes of us setting up cameras at Flinders St station in Melbourne, the network was brought to a complete halt when overhead cables were pulled down on an important commuter line and three fatalities on the track disrupted the evening rush hour for hours.

“We do what we can to keep the trains running to time, but it just takes one small event and everything can change just like that,” says Flinders St controller Greg Lister.

And that’s a major challenge for those who meet and greet passengers on Penn’s multi-level concourse.

“You gotta keep moving. If they announce the track and you are in their way you are going to get knocked down,” says Customer Ambassador Ashley Lynn.“Remember that scene in the Lion King when Simba is in the canyon and all the wildebeest come rushing down? That’s what happens when they announce your track number at Penn Station,” says station announcer Raymond Quaglio.

At the magnificent Grand Central Terminal, the art nouveau masterpiece built by the tycoon Cornelius Vanderbilt in midtown Manhattan, there is more going on than just the arrival and departure of trains.

This is a destination in its own right, one of the most visited tourist spots in New York. It has a tennis court on the second floor, fine dining restaurants like the Oyster Bar and a huge vaulted ceiling decorated with the night sky constellations.

“It is a great temple of transportation.  You really do have the feeling that you are walking into a cathedral or an incredible gateway to transport you to another place,” says Amy Hausmann of the New York Transit Museum.