Login
Back to Login | Register

Your display name will appear here.
Please enter a username. 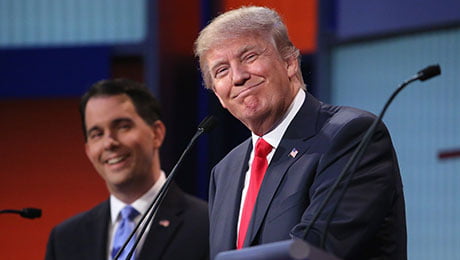 UK distributor Silverlining Rights has picked up a doc set to air on Channel 4 (C4) in the UK that explores whether Donald Trump could become US president.

President Trump: Can He Really Win? is from UK-based ITN Productions and delves into the race for the Republican presidential nomination and asks if the property tycoon could really move into the White House.

The programme is set to debut on C4 at 21.00 tonight and follows on from ITNP’s Mad world Of Donald Trump, which also aired on C4 and is represented by Silverlining.

Sales of that show have already been secured in Sweden, Norway, Finland, New Zealand, Belgium, Poland, Germany, France, Spain and Brazil, although broadcaster details are yet to emerge.

Silverlining Rights, launched in January 2015 and run by former Channel 5 commissioning editor Bethan Corney and James Ogglesby, has previously sold docs including Nepal Quake: Terror on Everest and Virgin Killer, amongst numerous others.